Side Events are short meetings and initiatives organized during the Session, typically twice a day: at lunch time between 1:00 pm and 3:00 pm, and in the evening, after 6:30 pm. They are organized by State Parties, Advisory Bodies and other partner institutions. They include exhibitions, seminars, mini-conferences and film screenings. The purpose of Side Events is to present the World Heritage-related activities of their organizers.

Side Events will be held at the ICE Congress Centre and all are free of charge for Session participants.

The organizers of the 41st Session of the World Heritage Committee have prepared events that present the various aspects of rebuilding Polish culture after WWII. We call the “Poland after trauma - culture and rebuilding” to link it to the unprecedented feat of architecture - the rebuilding of Old Town after the war to emphasize the great influence they had on post war artists and their experiences. During the Session we will invite you to side events and films dedicated to the reconstruction of Warsaw, we’ll present Polish Jazz music from the 60s and 70s, there will also be an exhibition of posters from the Museum of Posters in Wilanów.

After WWII ended the Republic of Poland was country in runs with its capital a symbol of the occupant’s attempt to completely destroy it. The city was over 80% destroyed and the nationalization of the terrains in 1945 gave architects and city planners unprecedented possibilities to create a new urban tissue based both on planning the city anew and reconstructing its most valuable historical parts. The reconstruction of Warsaw also played an important role in the new socio-political situation - it united society with the slogan “The entire nation is rebuilding its capital”. The execution of this plan was possible thanks to the Capital Reconstruction Bureau, which was established in 1945. Its archives have been classified as the most precious examples of documentary heritage in the history of humanity and were entered onto the UNESCO World Remembrance LIst in 2011. Financing for the grand renovation was guaranteed by the national Public Fund for the Reconstruction of the Capital (SFOS) which amassed funding for years from taxes and various public contributions. 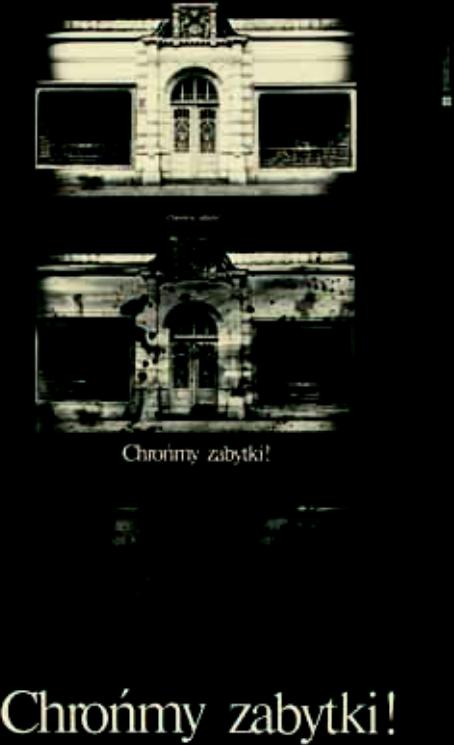 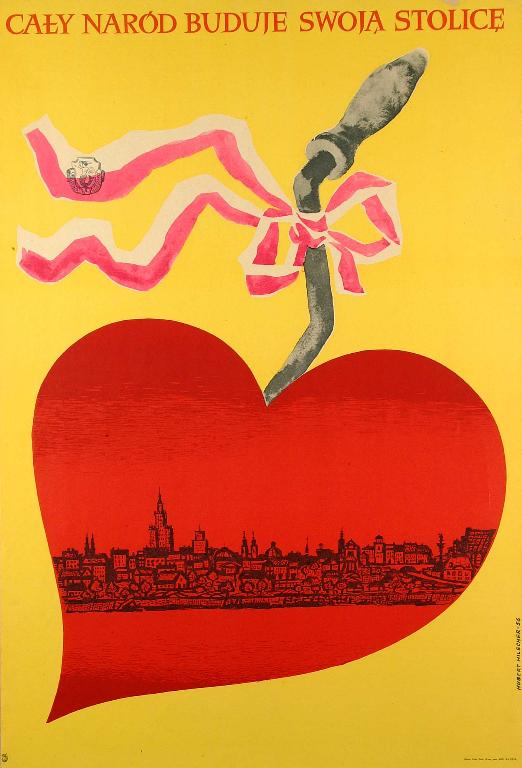 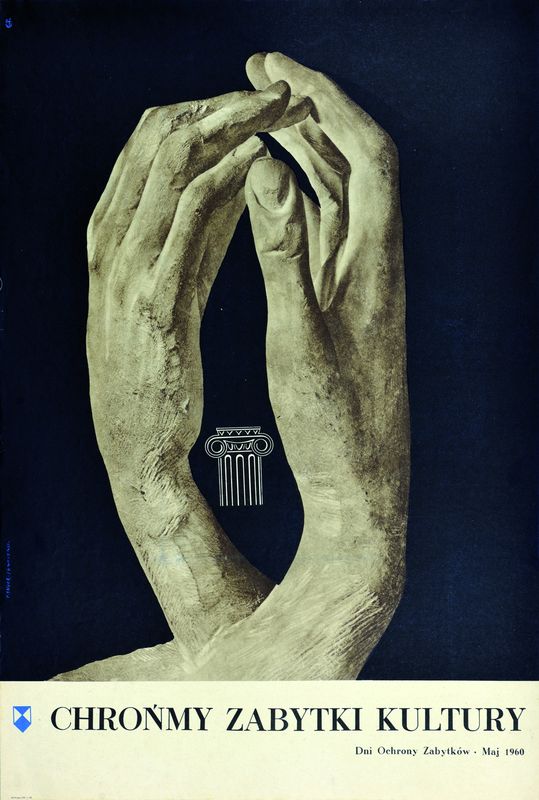 An exceptional testament to the grand momentum of the initiative to rebuild Warsaw are posters, a unique medium printed in the thousands. They used short and clear visual messaging to reach a wide audience. Marian Stachurski’s poster “The entire nation is rebuilding its capital” as well as another piece under the same title by Hubert Hilscher present a vision of the Old Town and new buildings like the Palace of Culture in an idealistic style with national red and white motifs. The symbol of Warsaw rebuilt also appears on the poster “Working together to rebuild Warsaw”, although the emphasis here was on a direct portrayal of the cooperation of various groups within society, with visible enthusiasm.

The focus on restored or saved monuments and the need to propagate protection of natural heritage sparked the development of one of the schools of poster art. The authors of these works are great Polish graphic designers like Wojciech Fangor, Henryk Tomaszewski, Tadeusz Jodłowski, Jerzy Treutler, Waldemar Świerzy and the next generation: Jerzy Czerniawski, Krzysztof Tyczkowski. To get viewers interested in the unusual subject of cultural heritage protection the authors used a simple technique that incorporated photography. They chose an architectural element (Tadeusz Jodłowski, Stanisław Zagórski) or a piece of a building  (Krzysztof Tyczkowski with Grzegorz Przyborek) or other works of art (Wojciech Fangor z Henrykiem Tomaszewskim). The last of the mentioned posters promoting Historical Monument Protection Day in 1960 became one of the best known masterpieces in Polish poster art.

Museum of Poster Art in Wilanów

The exhibition will be opened by prof. Piotr Gliński, Minister of Culture and National Heritage

The aim of the event is an exchange of knowledge and experience concerning the reconstruction of Warsaw from the perspective of conservators, architects as well as the city’s residents whi helped regain the heritage those who observed their efforts. A film titled “City of ruins” will be projected. It was prepared the Warsaw Rising Museum and depicts the scale of destruction Warsaw endured during the war. During the meeting the issue of entering Poland onto the World Heritage List will be addressed in view of UNESCO criteria 2 and 6.

Meeting will be opened by prof. Magdalena Gawin

The event will focus on the reconstruction of Warsaw and the role of materials from the Capital Reconstruction Bureau that were entered into the Memory of the World Register in 2011. The event also present the concept of the proejct by Center for Totalitarianism “Diaries of terror”. It is the largest collection of interviews of civilians from occupied Europe, including texts from Jan Zachatowicz or Stanisłw Lorentz. The meeting will be opened by Mr. Tomasz Komorowski (Polish Committee for UNESCO Affairs).

The aim of the meeting is to discuss similarities and differences between UNESCO convetions from 1972 and 2003 both in the normative apect as well regarding secuirty in the context of material and non-material heritage.

The meeting will be opened by prof. Katarzyna Zalasińska (Ministry of Culture and National Heritage)